Everyone understands that there are many differences between how adults learn languages and how children do. Less people seem to understand that we are all human :-). Once that is accepted (shouldn’t be too hard!) we must acknowledge that there must be similarities. We also cannot lose sight of the fact that as infants we were all really great language learners. Of course as we grow up many things change, however wouldn’t it be great to tap into some of the abilities we expressed as infants!

As we develop in our youth there are a range of factors (including our developing personalities and beliefs as well as our schooling) that impact us. For many, if not most people, those abilities we had as infants appear to diminish and it may even seem as if they have even disappeared.

One of the insights that any observant person can reach is that children live in the now, in the meanings they take away from what they see, hear and feel. There are few if any complications for them, like chewing over why somebody said something! An adult’s perception of what we see is filtered much of the time through our beliefs, thoughts and emotional make up.  We can be so concerned by the repercussions of our actions, or by what people will think of us, or by what we think we should do or how life should be (driven by our beliefs, prejudices, etc) that we may not really see what is happening in the present moment. As learning is all about being fully present, this can and does prevent adults learning languages effectively.

What makes the situation even more difficult is that many adults have come to believe that translating, studying grammar, memorizing vocabulary will lead to improved language skills in the new language.  There are many reasons why these strategies a lot of the time don’t produce the intended results. One is that learners can somehow manage to breeze right over the real meanings, rather than let them resonate and even percolate through them. 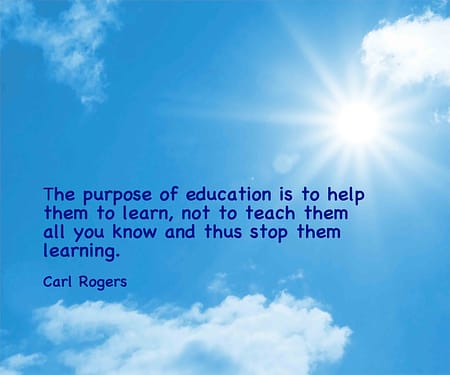 I have seen so many students try to learn languages without actually understanding that “getting” the meaning of the new language is critical to learning. By “getting” I don’t mean just understanding the meaning as a concept. I mean getting it from who we are, from all of us, not just a single synaptic connection.

Effective learners somehow just know this and unconsciously work with all of themselves on whatever they are learning in a way that takes their learning and integrates it with who they are. It is not that easy to explain this. The best I can say is that when we see something from our being, it is analogous to having a “a ha “ moment. It’s like seeing something for the first time, as a child does when they get something. You feel you know, not just think you know!

There are the other learners who don’t get this at all. They seem to work at a superficial level, at the level of, for example, words, more than at a level of meaning. They typically want to get the meaning of what they hear or read by the quickest means and more often than not keep what they learn at a surface level. This kind of learner struggles to learn as no mechanisms conscious or unconscious to integrate their learning. At best a new word just sits in their mind like a fact (much like a phone number might).

This is the same with sounds. These kind of learners struggle to improve their pronunciation. When they do, it is more by accident as it were than by design. They do not know what they need to do to make any changes on their own, so typically they revert to the wrong pronunciation as soon as they are doing something else and appear to forget what they have learned.

As a teacher, I have worked consistently to ensure that learners develop strategies that enable them to retain what they learn. One such strategy, that can be applied in different ways to whatever we are learning, is one I have called transformations.

Transformations are a powerful  strategy that adults (as well as teenagers) can use to help them recapture some of the powers they brought to language leaning when they were young. This strategy can significantly improve the effectiveness of any adult language learner.

To put it quite simply, transformations is all about taking what you are learning and working on it so it becomes yours, a part of who you are. It can function in every area of your language learning. Of course its application can vary significantly, depending on whether you are talking about vocabulary, pronunciation, language forms or ……

There can be different transformations that effective adult language learners can learn to use. One may be to exclude what something means, not just define it as what it means When there is an inclusion there as well as the exclusion, there is a deeper understanding or appreciation of what has just been “learned”.

So a word like “effective” means something like producing the desired outcome, but it does not refer to the “efficiency” with which it is produced.

Personalising what one is learning is another transformation.

One example might be that my new fridge is much more effective than my previous one, as that one had trouble keeping anything cold. My sister’s fridge is more efficient than mine as her fridge costs less to run. ( This is ONLY personal if what you write is really the case, otherwise you are just putting the word into sentences. Doing that has much more value than just translating, but less than the personalising option)

Another one may be to apply what one is learning to different situations.

So when one is learning a new unfamiliar sound, putting that sound into different phonemic environments can be a very valuable way of getting a better feel for the sound and of making its use become automatic. See pronunciation section below for examples.

Another case would be to place a structure you are learning in different situations. That way, by transforming the situations you need to rework what you are learning. See section below on language forms for examples.

Memory is another key area where transformations can be successfully applied.

Many adults use their memory as a key strategy. When that lets them down, they may end up saying they have no talent for learning languages. This come from a lack of understanding.  This is a variant of Abraham Maslow’s saying  “If all you have is a hammer, everything looks like a nail“. The problem is not with our memory. The problem lies with how we approach learning.

Compare using a translation of a word, such as homeless and trying to memorise that to working to put the word into a number of sentences that explore the meanings as well as its use.

Now I am not saying that all these sentences need to be created, But just look at the richness of that word now. Who could ever forget what that word means once this is done.

Learning to express one’s thoughts and idea and understanding what others’ thoughts and ideas are is at the heart of learning a language. It is not a matter of learning the grammar. It is a matter of finding “What language forms do I need to use when I want to express such and such an idea?” This may appear like a subtle distinction. That it may be be but it is a critical one that every successful language learner just intuitively knows or comes to recognise with time.

Ideas sometimes can be elusive so explaining them by way of “because” or some other device can at times help here. Consider the following:

I should have gone to visit him because I feel guilty now that I didn’t.

She should have come to visit me when she came to town. I just can’t understand why she did not. I feel let down.

My son should have had less food as he looks quite sick now.

Should you have studied harder so you could have been accepted into the course of your choice?

What is the point in saying “I should have“? It is like crying over spilt milk!

Each sentence is an exploration of a thought, transforming what you are learning into a different context, different meaning and sometimes slightly different forms.

It is common enough going from one language to another to have various pronunciation problems. Fixing them may mean taking on some changes in things like the shape of your mouth, placement of where the sound originates from and the placement and movement of your tongue. Once you have done that, you need to maintain that change across a variety of phonemic contexts.

For example, even once you have mastered a sound like “th” as in “thigh”, for you to completely master it you need to be able to say it:

Then having the necessary presence of mind and control to do the same when the words are in a small phrase, a longer sentence and finally in the midst of full blown conversations.

Once a learner starts to take on practices that consciously explore what is needed in different phonemic situations, they are taking ownership of what they are learning. That is aided by exploring just what they need to do to maintain the quality of sound in in the middle of everything else going on.

For adults who are struggling or who want to become better at how they learn, the answer is not always to do more. Sometimes it is to change what is done.

At first some of these practices suggested here may appear a little labour intensive and even clunky. However by mastering these ways of working you are actually retraining your brain; what you look for, what you see and what you do. It is like any skill, at first it may be cumbersome and awkward. However with persistence you can become adept. Your learning can then become more effective and efficient! 🙂