How Do Talented People Learn Languages?

How Do Talented People Learn Languages?

One of the basic understandings that can drive your learning forward is to understand that for language learning to happen, there must be an awareness or even multiple awarenesses about what it is that you are going to learn.

Let us look at a few examples.  Let us say for example that you are pronouncing one of your vowel sounds in the wrong way.  So, instead of saying an /e / you are saying / æ /  This is a common enough problem in English with people whose first language has no /e/ in it.  It is unlikely that a person will be able to utter that new sound unless s/he has become aware that in fact that what they are saying in “pan” is actually coming out like “pen” 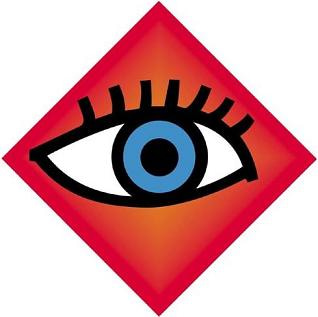 Many times learners do reach both but it is not done with full realisation, so the results are not consistently replicated. Once learners come to the recognise that they need to do both and can reach them by themselves, they are on the road to native like production.

There is at least one more awareness required and that is to reach an awareness of their voice production mechanism which will enable them to know what they need to do to alter an aspect of their production in a way they need to in order to get the /e/ sound. This requires more than just awareness. It requires action, in the form of changing some muscles in the mouth ever so slightly.

Language learning is seldom accidental.  There are just too many things that have to come together for that to happen.  And with every element that is required, awareness is a necessary component.  The big mistake that many learners make is to try to learn something without fully appreciating the key role of awareness.

Most people will, if asked “Do you know what awareness means?” say “Yes”.  But if pushed for a bit for clarity on the subject soon will start stumbling to find words.  I don’t want to spend too much time on it here and now but if I substitute the word watchfulness for it, most people will be better able to talk about that.  We could say that watchfulness leads to awareness.

Studying grammar, for example, may not prompt everyone to be watchful.  Being watchful whilst you are studying something changes the activity into something quite different. This is one reason why some people can learn the target language doing virtually anything with it, whilst someone else doing the same kinds of things gets nowhere. One is working with their awareness, whilst the other is busy doing activities but is not being attentive and hence is not really letting those activities impact who they are.

The quality of watchfulness can be stimulated when we are unsure of ourselves when we are being challenged or, for eg, when we are inspired to do something.  Once we realise that awareness has such a key place in language learning then we can move our attention from studying  to putting the emphasis on becoming aware of such things as:

That has a whole different ring to it, doesn’t it!

The role of awareness in language learning and how it can be encouraged and used is much more thoroughly explained in the book Language Learning Unlocked.