You may be wondering what empathy has got to do with language learning. Well, just suspend your judgment for a minute or two and read on to see its importance to any serious language learner. What I talk about here you may see more relevant to an immersion environment, however I believe that if looked at more carefully at its core empathy is a quality that can only enhance your language learning in any setting.

I recently came across an article by on the Six Habits of Highly Empathic People by Roman Krznaric where his description of these habits helped me focus in on another aspect of language learning. The good thing about it all is that it is a quality that we can cultivate throughout our lives. So even if you are not the most empathic kind of person, there is hope! 🙂

Before we look at why we would want to cultivate it,  let’s look at what it is. It is the ability to step into the shoes of someone else, seeking to understand their feelings and how they see the world, and to use that understanding to help guide our interactions with them. It is to be distinguished of course from kindness or pity. 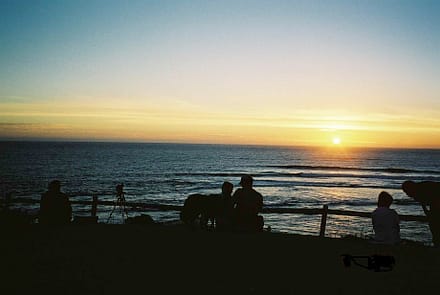 We can nurture the growth of empathy throughout our lives and as we as we look at the habits of empathy that Roma talks about, I am sure you will be struck by how the development of this quality can assist us to learn languages. Here are the 5 habits of highly empathic people! ( The sixth one – to inspire mass action and social change – I deleted from here as I did not see it relevant to this discussion)

Highly empathic people have this unquenchable curiosity about strangers. They will talk to the person sitting next to them on the bus, to the person standing next to them in the shopping line, to anybody. They have retained that natural inquisitiveness we all had as children, but which many of us lose due to any number of reasons.

Cultivating this curiosity requires more than having a brief chat about the weather. Crucially, when we are curious we try to understand the world inside the head of the other person. Isn’t this something that would help someone who wants to learn another language? We come across people everyday; we can shy away from or want to strike up a conversation with them. It is our choice!

We all have assumptions about others and use collective labels—e.g., “Housewife”, “Muslim Fundamentalist,” “Rich Businessman”—that can prevent us from appreciating their uniqueness. People who cultivate a highly empathic disposition challenge their own preconceptions and prejudices by searching for what makes people different and what they share with people rather than what divides them. This makes them to want to talk to all kinds of people, surely a requirement for someone who wants to learn another language.

You may think that ice climbing and bungee jumping are extreme sports. Just try on experiential empathy, and you will find it every bit as challenging. Roman says that highly empathic people expand their empathy by gaining direct experience of other people’s lives, putting into practice the Native American proverb, “Walk a mile in another man’s moccasins before you criticize him.”

There have been various people through the ages who have done this in different ways. George Orwell is one such person.  After a stint as a colonial police officer in British Burma in the 1920s, Orwell returned to Britain determined to discover what life was like for those people living in depressed conditions “I wanted to submerge myself, to get right down among the oppressed,” he wrote. So he dressed up as a tramp and went to live on the streets of East London with the down and out and the vagabonds and recorded the experience in his book Down and Out in Paris and London.  He not only realized that homeless people are not “drunken scoundrels” but Orwell developed new friendships and transformed his views on inequality. He realised that empathy doesn’t just make you good—it is actually good for you, too.

Learning a new language affords us such possibilities if we decide to take the bull by the horns. We have to step out of our comfort barriers and mix with peoples who may have different ways of thinking and seeing the world. We can also embark on our own experiments. If you are religious kind of person, why not try attending the services of faiths different from your own, including a meeting of those who don’t believe! Or if you’re an atheist, try attending different churches, temples or synagogues! Spend your next vacation living and volunteering to help those people less fortunate than yourself . As the philosopher John Dewey said, “All genuine education comes about through experience.”

Roman says there are two traits required for being an empathic conversationalist.

One is to master the art of  listening. An empathic listener listens attentively to others and does all s/he can to get behind the words they are using and sense their their emotional state and needs. This is the same whether it be a jealous friend, a spouse who is upset with them for not coming home on time for their child’s birthday or a colleague who has just been diagnosed with leukaemia.

Listening only gets you so far though. The second trait is to make ourselves vulnerable. Removing our masks and postures so we can actually feel what it is like to be in someone else’s shoes. This gives you access to experiences that can only drive your language further as you struggle to find just the right words, the tones and the posture to express the subtleties required. Brene Brown’s talk on vulnerability gives you a more in depth and personal insight into its power.

The fifth trait of highly empathic people is that they do far more than empathize with the people they come across or for ones who we usually would reserve our sympathy for, like the disadvantaged or those who are suffering. This is necessary, but is it enough.

Empathising with adversaries is a route to social tolerance. Tolerance is what we need when we are exposed to other cultures and ways of seeing the world. That was what Gandhi’s was thinking during the conflicts between Muslims and Hindus leading up to Indian independence in 1947, when he declared, “I am a Muslim! And a Hindu, and a Christian and a Jew.”

We need empathy if we want to learn another language to the highest level. This is how we can best understand a new language, not from our own attitudes formed when we learned our first language but by an attitude that has us open ourselves to other ways of expressing who we are and what the world is about.

I recently came across some data showing that women are generally better at language learning then men. One reason for this I believe is because women are generally acknowledged to be better able to empathise than men. Of course men can sometimes display even more empathy than women and either, of course, can develop their abilities in this domain.

Clearly, developing these habits of empathy is not a requirement to become proficient in another language but I believe that it will make the journey quicker, far more rewarding and you will be able to access the thinking of people whose language you have taken on. Going from some languages into another, this may not seem so necessary, but the differences are there for those who look.

Lessons From A Gifted Language Learner

Lessons From A Gifted Language Learner