​Wondering Why Your Efforts to Learn a Language Are Not Producing the Expected Results?

It is clear that having an understanding of how language fits together is necessary to achieve mastery in it. How to get to that understanding is an important question. Many language learners believe that to achieve this they need to spend (and most teachers encourage it) a lot of time studying grammar. For some this way somehow works but for the vast majority it does not. Is there another way? I would like to look here at an example of English usage and provide a way of acquiring native like usage.

All of us learned our first language without learning the grammar. We somehow just learned it. And of course there are MANY people who have mastered a second language without ever studying it. In fact before we had schools, that was the only way available!

I would like to give an example here, of just how that might look. The example is a small one, however even if you are an ESOL teacher you may well learn something from this little exercise. ​

​Not many of us would readily understand the difference in meaning in these 2 sentences: 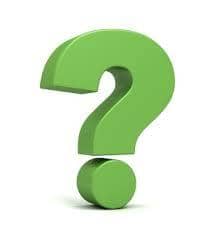 They look similar in meaning. If you reflect a little you might see the difference. Just imagine how difficult it would be for a ESOL learner. Now before you rush to a grammar book, just read this post to the end and see if you can come to an understanding without rushing to an expert of one kind or another.

I should confess, that I have used this kind of technique numerous times to understand English better as my training when I first started teaching was pretty weak. In fact I still use this method at times when I am teaching!

​So let us look at a few more examples of both language forms:

They sound similar right? They in fact might even be said for the same reason. In context, the meaning would be clear. However they would, I suggest, be said for different reasons.

​Let’s give a few example where the transformations sound a bit odd.

Here the  “so” version is jarring. Why? A native speaker is most unlikely to say the "so"  form. Instead they are more likely to say a sentence like:

# I varnished the timber so it would not rot.

It sounds better because the reason is much clearer when we talk about what we are trying to avoid.

# I banged on the door so she would hear me.

sounds a lot better for a similar reason to the previous example.....increased clarity and emphasis why the action is done appears to prompt the "so" version.

Let's now push the examples to a place where you would have some trouble substituting one for the other:

# I promised my mother I would work hard so I could go out on Saturday night.
# I worked really hard so my boss would give me a promotion.

With these two examples what becomes clear is that when the two phrases are connected because I do something because I want to achieve a result and that is the relationship I want to emphasise, then the "so" form needs to be used. If you go back and check out the "to" examples, you will see that those sentences appear to answer the "what" question, rather than the "why" question.

So which you use will mostly depend upon your reason for saying what you do. Are you explaining why something happened or just commenting on what happened? We may find some use of the "to" form in dealing with why sometimes. But this is language in use, flexible at times!

I hope that this little journey has enabled you to see that we can work out correct usage by looking at authentic language.  Sometimes a grammar book may help to trigger a new awareness and unlock the puzzle, but we can also use our awareness and perception to sort out the meanings, the subtleties and the nuances from the examples we read and hear. By doing this better and better we are more firmly on the path towards continued improvement.

​Never miss out on one of our posts!