How To Learn A Language Effectively

How To Learn A Language Effectively

It is of course understood that in learning a language, the importance of meaning is paramount. This is taken for granted much of the time but on recently reading an article on a blog on how actors learn their lines, I was prompted to reflect on this topic from a different vantage point. I believe this area is ignored a lot of the time because it is so obvious! I believe this holds back many people from successfully learning another language.

There are many reasons why people say they have a poor memory or why they are poor at learning languages, but one of the key reasons I believe is the lack of a multi layered connection to learning. Successful language learners approach learning in different ways to ones who struggle. One of the differences is that they are more involved, at different levels.

Grammar can be learned as mainly an intellectual and memory exercise. This can be seen readily in many grammar texts. Or it can be learned through involving one’s intellect, memories AND feelings through being completely engaged in the exploration of meaning, its subtleties and its nuances. The more attention we pay to the meaning and become sensitive to our reaction to it, and see how changing one aspect of the language can alter the meaning, the more we are opening ourselves to the new language, its uniqueness and the culture from which it came. This way we are avoiding seeing language as something that needs to studied, drilled or memorised. The latter is manifestly unproductive in terms of producing fluent speakers and turns most people off.

This means becoming more perceptive and sensitive about how what we hear and say affects us and others. This is a key and is one of the important differences that distinguishes infants from adults. All infants are very sensitive to what is happening around them and to them. “They are all ears” all the time, except for when they are disturbed by their own hunger or discomfort. We can lose this alertness and sensitivity, for various reasons, and hence our ability to learn another language can suffer as we are not paying attention to the meanings within us and around us.

I suspect that what I am talking about is the reason why I was so bad, as a young boy, at remembering my lines for a play . The play I was in did not really interest me so I was trying to learn the lines without any real thought about the meaning. I was not “playing” the part, I was just regurgitating lines. From this experience, I ended up believing that I had a bad memory, which I came to realise much later on was not so. 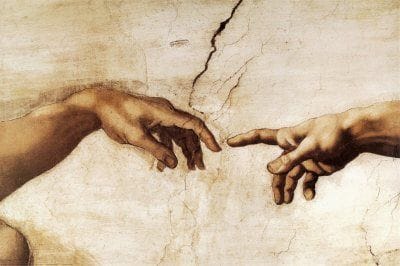 At its heart, language is an expression of meaning.  By coming back to better understand that and its implications, I believe we could make large jumps forward in how to become better language learners.

The importance of meaning can be applied to many other areas of learning languages. One of them is the area of translation. Translation, as I have mentioned in other posts, has a place in learning a second language however one of the problems with it is that it can bypass the part of us which sees meaning. Instead, you may inwardly note that you “know” the translation but may not really make full contact with the meaning behind the words. In its place a connection is made with words in the translation. I am sure most of you have seen times when words stay as words and never make it through to the meaning making part of the person. This is a something I have seen numerous times in language learners who are consistently reliant on translation as a way of making sense of what they hear or read.

There are of course other issues which prevent us from once again becoming the great language learners we once were. However without doubt, by letting meaning drive language learning, many language learners could substantially improve their learning. It would not only make the learning far more effective but also much more interesting and engaging.