There are really a lot of different ways to learn languages. Of the ones that work, and not all do so well, there are some common threads that can be extracted. I recently came across this comment made on a site that I wish to quote here in its entirety and see what we can learn from it. 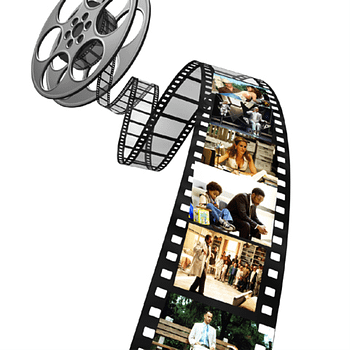 I learned a foreign language in about 18 months to fluency. No programs, no Rosetta Stone, No classes. All you need is movies, I used about 20 movies in the target language and learned them all by heart (daily). Rewind, watch, speak , watch the film again, you train your ear in the language. ( you can alternative the films each day and each week)

I spoke the lines to myself like an actor, I did this every day for 2 hours(literally). Speaking to myself out loud in the target language helped me speak fluently with no accent. Few will do this every day for a year and a half but i did and natives of the language still cannot believe that I did not live in the country at one time.

Now whether this will work for everyone has not been confirmed of course BUT there is I believe a lot to learn from such an observation. The fact that the author learned this language at home without talking to people may give some hope to not only those people who are learning the language in a country other than where the language is spoken but also to the people who are a bit more shy. 😎

Some of you may be wondering ( especially the teachers who read this!) how it is possible that any one can learn a language without formal study or instruction of some kind.

Well, all you have to do is to consider that ALL of us learned our first language without any formal instruction, so we clearly have what it takes. We have been taught to believe that we need instruction which has resulted for many in the disempowering belief that “I can’t do it by myself”. And then once we struggle, we end up confirming our beliefs and blaming ourselves, rather than the instruction or practices we are using, a recipe for disaster ( in terms of our re-developing the required abilities)

I should hasten to add that not all language instruction creates such beliefs, but I would suggest that the vast majority do. This is reflected in part by the poor outcomes for the vast majority of people that has been noted all over the world. There are language classes that of course can do the exact opposite, namely empower and learners, helping them to recognise the powers that they do have to learn languages. You will need to do some real research to track them down.

Some of you may be wondering how it is possible to learn such good pronunciation….

One of the most common complaints that language learners have is about their pronunciation. Here is someone who has “perfected” theirs. How? Well the critical thing to understand is that it is your listening ability which is a key to your pronunciation. I have long maintained that it is that ability which will determine the level we attain in the language we are learning. With the exercise spelled out in this comment, it is listening (and observation) which is at the heart of this technique. It is only by listening more and more carefully to the other as well as oneself and to note the differences that the spoken language can be improved. The end result of all this working on listening will be an improvement in that ability, in all of its aspects.

Well, I would hazard a guess that the 20 films chosen were not random but were ones that the author of the comment chose according to her/his likes. This is really a key to what happened here.  We only persist in things when we are engaged in what we are doing. Engagement is a key to learning. It extends beyond just liking a movie, but that is a key as why else would you want to get your pronunciation the same as the actors’. You just want to be able to say the same, exactly the same, with the same sounds, tones, the same lilt, the same inflexions, etc. That exercise becomes like a game, and as with any game, we know exactly what is our goal (find the hidden treasure, become a basketball player, accumulate as many houses and hotels we can, etc). Then with our goal set, we can see whether we are getting closer or not, every moment of that journey. When the going gets tough, we not only persist but we may alter what we do, or how we do it.

I am sure we could mine a lot more from this example but for now I will leave it at that. Should you have your own experiences on this, just leave a note below!