Beliefs And Their Impact On Learning Languages.

Beliefs And Their Impact On Learning Languages.

Steve Jobs’ impact on our life cannot be overestimated. His innovations have likely touched nearly every aspect of life to do with– computers, movies, music and mobiles. I have here applied Jobs’ set of principles that drove his success to language learning.

1. Do what you love. Jobs once said, “People with passion can change the world for the better.” Asked about the advice he would offer would-be entrepreneurs, he said, “I’d get a job as a busboy or something until I figured out what I was really passionate about.” Passion is everything if you want to learn a language.  Find something to be passionate about in the language you want to learn- an author, music, a person, the culture etc. 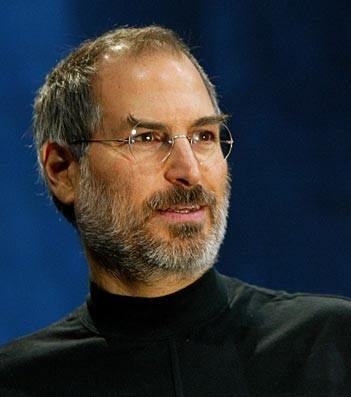 2. Put a dent in the universe. Jobs believed in the power of vision. He once asked then Pepsi President, John Sculley, “Do you want to spend your life selling sugar water or do you want to change the world?”  Create a vision of what you want to do in the new language. This will inspire you to keep learning.

3. Make connections. Jobs once said creativity is connecting things. He meant that people with a broad set of life experiences can often see things that others miss. He took calligraphy classes that didn’t have any practical use in his life — until he built the Macintosh. Jobs travelled to India and Asia. He studied design and hospitality. Take on different activities in the new language – learn a skill, join a group, teach something, etc. It will feed your language learning in ways you didn’t expect.

4. Say no to 1,000 things. Jobs was as proud of what Apple chose not to do as he was of what Apple did. When he returned in Apple in 1997, he took a company with 350 products and reduced them to 10 products in a two-year period. Why? So he could put the “A-Team” on each product. What are you saying “no” to?   In learning, find the activities that give you the most reward, doing too many things can be a mistake as it will dilute your energies.

5. Create insanely different experiences. Jobs also sought innovation in the customer-service experience. When he first came up with the concept for the Apple Stores, he said they would be different because instead of just moving boxes, the stores would enrich lives. Everything about the experience you have when you walk into an Apple store is intended to enrich your life and to create an emotional connection between you and the Apple brand. What are you doing to enrich the lives of people you talk within the new language you are learning?  As many have said, the more you give, the more you will get!

6. Master the message. You can have the greatest idea in the world, but if you can’t communicate your ideas, it doesn’t matter. Jobs was the world’s greatest corporate storyteller. Instead of simply delivering a presentation as most people do, he informed, he educated, he inspired and he entertained, all in one presentation.  Use the new language to tell stories, to enrich the lives of others. By doing that you will drive your new language to new heights.

There’s one story that I think sums up Jobs’ career at Apple. An executive who had the job of reinventing the Disney Store once called up Jobs and asked for advice. His counsel?  Dream bigger. This applies to learning languages as well- many people can’t see themselves ever achieving in it what they could in their first language.

Imagine if you could do more in your second language than in your first!

Watch this great short clip on Steve’s outlook on living, which with a bit of massage can be applied also to how we go about learning languages: