Trust is a Key to Becoming a Great Language Learner

Trust is a Key to Becoming a Great Language Learner

One thing to start with is that we all demonstrated talent when we learnt our first language, as the vast majority of infants learn their spoken mother tongue to the level of their peers. So the theory needs to be adjusted some already – maybe to that the talent we all amply demonstrated in our early years disappears for one reason or the other as we get older. Is this really the case? Can we actually lose talent? Or is it the case that it becomes covered up with ways of thinking, beliefs, attitudes and strategies that lead us away from our talent.

There are many tacks we could take here to explore this. The one that I would like to explore here for now is looking at people in diverse fields who many would say have great talent in their own fields. The interesting issue being, are they born with talent or do they somehow gain it.  The case of language learning is a bit different because we all had it… However I think that the discussion here will help shed a few onion layers!

Creative geniuses we could say are geniuses because they know “how” to think, instead of “what” to think. Sociologist Harriet Zuckerman published an interesting study of the Nobel Prize winners in the science area who were living in the United States in 1977. She discovered that:

Is it possible that the people with the necessary genes or talent all happened to be taught by the same people and that there were no talented people elsewhere? Well, we all know the answer to that! Looking in another field, sport, similar observations can also be made. 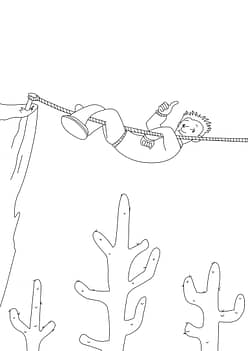 The argument that talent or genes are a key factor in learning is an over rated reason separating the ones that can from the ones that struggle.  There is no reason to suggest that it is not a factor. However, from the myriad of examples that one can find about the people who did excel in any field, there are many other factors that appear to be far more important.

We have discussed in previous posts that the quality and the amount of “practice” that successful people devote to their craft is critical. There are certainly other elements to what successful people do to become standout examples in their fields. It is more helpful to look at those and wonder why, than to think ” I am not as talented” as that person and hence close the door, in one way or the other, on working towards improvement

So a conclusion we can reach from all this is that the way we learn something is critically important. It is not to do with how flash the tools appears to be, not to do with the adverting hype around it, not to do with how much you pay for it. Pure and simply it’s is to do with how you learn. The more attention you pay to the how and the factors which impact that, the better off you will be in the long run.